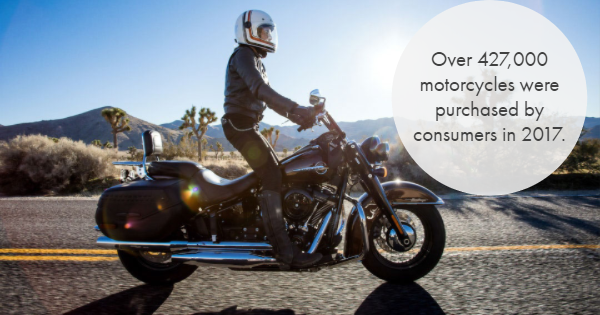 Statistics show that there were over 427,000 motorcycles purchased by consumers in 2017 alone. However, many consumers don’t know much at all about the motorcycle or fueling motorcycle parts themselves. As with any other vehicle on the market today, it’s important to take care of your bike and that means everything from the engine to the motorcycle fuel pump as well.

If you’re not a mechanic, then you might not realize that the fuel pump on your bike is about to go on the fritz. The fuel pump is responsible for getting the fuel from the gas tank to the engine so the bike will run without sputtering or stalling. If your fuel pump fails, then your bike is going to be stranded. There are warning signs that you need to check into repairing or replacing your fueling motorcycle parts. A few of those warning signs will be discussed below.

A Whining Noise is Coming from the Fuel Tank

One of the first warning signs that you are need of motorcycle fuel pump repairs is a loud whining sign coming from your fuel tank. A normal pump should have a low humming sound instead. If you notice a loud whine, then the bike could be old and faulty or even have problems with the fuel that is running through it.

Sometimes when a motorcycle fuel pump is malfunctioning, the bike will be riding along smoothly, then suddenly surge forward as if it’s getting too much gas. This can be caused by irregular resistance building up in the fuel pump motor and needs to be repaired or replaced right away.

It’s important to note that riders who fail to heed the above signs that they need to have their motorcycle fuel system inspected, repaired, or replaced will eventually end up with and a bike that just won’t start. Once the fuel pump completely malfunctions, the fuel can’t reach the engine for it to fire. You will be stranded wherever you are until help arrives, so heed the warnings.

These are just a few of the warning signs that you need to repair or replace fueling motorcycle parts. Remember, it’s best to heed the warnings than being stranded on the side of the road waiting on a tow truck for a replacement fuel pump.